Israel Galvan is a legendary Spanish dancer/choreographer, who revolutionized the art of flamenco by introducing various modern themes and ideas into the tradition. In Feb 2019, Galvan premiered his latest experimental dance performance, “Israel & イスラエル”  as a result of a two-year-long collaboration with YCAM (Yamaguchi Center for Arts and Media, Japan).

イスラエル—Israel in Japanese— suggests that the Japanese-made AI exists as an alter ego of Israel. AI models that had learned his characteristic precise and fast step patterns “Sapateado” performed together with Galvan himself. The AI-generated rhythms were translated into actual sound by custom made robots YCAM developed for this project. The physical vibration signified the presence of the invisible AI performer.

Qosmo/Nao Tokui helped them to plan how to portrait AI in the performance and developed the Sapateado generation AI system with the help of YCAM InterLab.

Is AI a threat to artists? Or is it just another performer? How can we use AI to extend Galvan’s virtuosity? How do we train the model? These were the challenges we faced when we joined the project as technical directors.

Galvan is known for not dancing with other flamenco dancers, contrary to the typical style of flamenco.

“I don’t want to get stuck in the tradition.”

On several occasions when we played him the rhythm patterns our AI models had generated, he told us that “they were still too flamenco.” Consequently, we tried to train AI models in many different architectures and settings again and again.

Training an AI depicting Galvan’s characteristics based on his step pattern data, while at the same time not mirroring him directly but somewhat deviating from them, was one of the biggest challenges. We believe that the trained model was able to help him to extend his creativity as a dancer and inspire novel ideas in him.

“It didn’t feel like a flamenco dancer, nor even a human being. I felt like dancing with an unknown creature. I sometimes forgot the fact that I’m alone on stage.”

According to his comment after the premiere, we assume that our attempt was successful and meaningful.

As our previous show, AI DJ Project, the dance performance, “Israel & イスラエル” is a project in which we tried to enhance human creativity through intangible communication between human and AI systems. 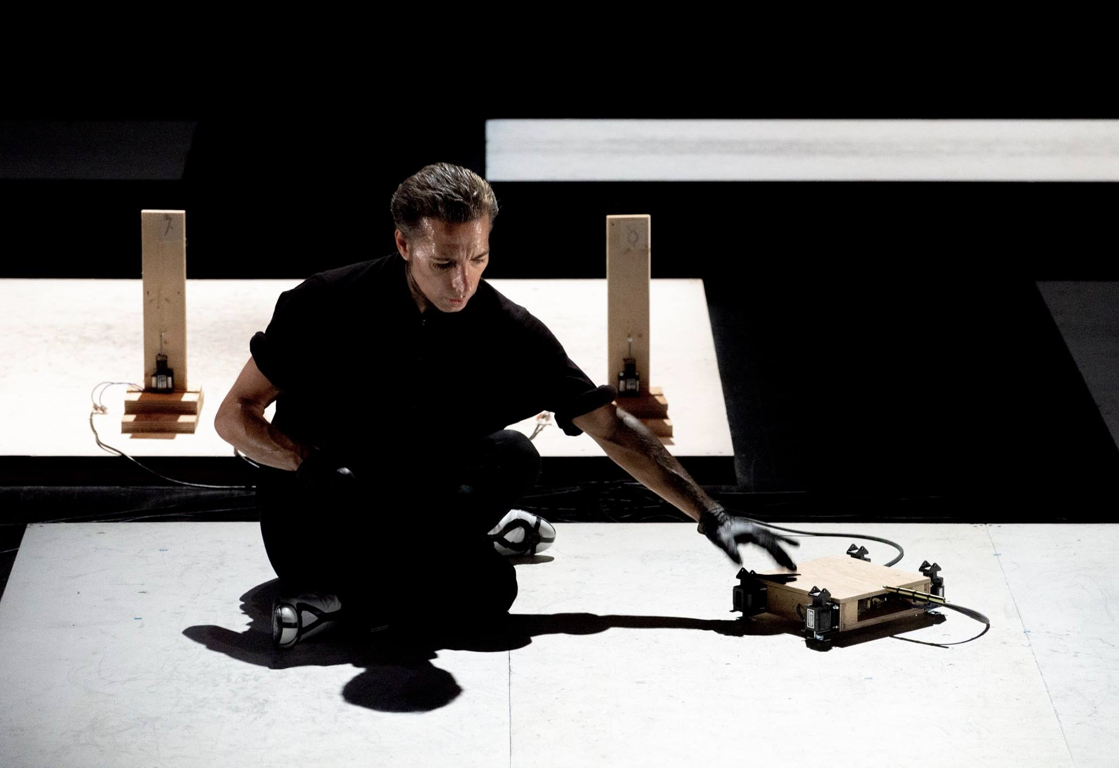 The project was made collectively among the members above regardless of the credits.